Weather in Cappadocia is essential as it affects Hot Air Balloon flights; balloons get canceled if the weather is windy. For more details, check this link.

So you're thinking of visiting Cappadocia in 2023? (Why not now?!) The weather is a major factor in deciding when to go on vacation. (Unless you're the type of person who enjoys braving the cold for a winter ski trip.)

No matter what time of year you're considering, we've got you covered. In this article, we'll take a look at the average weather for each month in Cappadocia, so you can make the best decision for your vacation.

Cappadocia is a region in central Turkey that has a continental climate. This means that the weather in Cappadocia differs depending on the season. The summers are hot and dry, while the winters are cold and snowy. The autumns are mild, and the springs are relatively cool.

Most of Cappadocia is located at an elevation of over 1000 meters, which contributes to the cold winters. The summers are clear and dry, with temperatures reaching up to 40 degrees Celsius.

Now that you know when the high and low seasons are, it's time to find out when the best weather will be.

The best time to visit Cappadocia is during the months of March to May and September to November. These months have mild temperatures and are perfect for sightseeing and outdoor activities. The weather can easily clear 32°C in July and August, so if you're looking for some relief from the heat, April to June and September to October are your best bet.

If you're thinking about planning your visit for the summertime, then July is the warmest month of the year in Cappadocia. The average temperature during this month is around 26°C (78°F) with highs of up to 33°C (91°F).

Keep in mind that the weather can be unpredictable, so it's always a good idea to pack some layers just in case. It’s also worth noting that Cappadocia can be quite humid during summer months, so make sure you drink plenty of fluids and stay hydrated!

The nights tend to stay pretty warm too, with temperatures falling only as low as 12°C (54°F). You may want to bring a light jacket or hoodie if you plan on spending any amount of time outdoors at night.

The precipitation levels in Cappadocia vary depending on the season. In the summer, June and July tend to be the driest months with an average of 0 mm of precipitation. August and September bring measurable precipitation, with average levels of 8mm and 5mm respectively.

In the winter months, October sees an increase in rainfall levels that culminates in December with an average of 22mm. January through April tend to be less rainy than December, with averages of 13mm, 12mm, 17mm, and 16mm respectively.

While Cappadocia can be quite dry in the summer months, it's important to keep in mind that rainfall is always a possibility! Be sure to pack an umbrella or raincoat if you'll be traveling there—just in case!

So you're thinking about planning an outdoor adventure in Cappadocia? You'll be glad to hear that the weather here usually cooperates, with mild temperatures and plenty of sunshine throughout the year.

So if you're ready to explore the region's stunning landscapes and historic sites, I'd recommend packing a warm coat in the winter and shorts during summer. All in all, Cappadocia's temperate climate makes it a great destination year-round!

All in all, the weather in Cappadocia is pretty stable throughout the year, with average temperatures ranging from 10-15 degrees Celsius. However, if you're thinking of visiting in 2023, be sure to pack your sunscreen and hats! The summers are expected to be especially hot, with averages reaching up to 30 degrees Celsius.But no matter what the weather is like, Cappadocia is always a magical place to be. So if you're planning a trip, go ahead and book those tickets! You won't regret it.

Looking for a Photographer in Cappadocia?
Cappadociagrapher 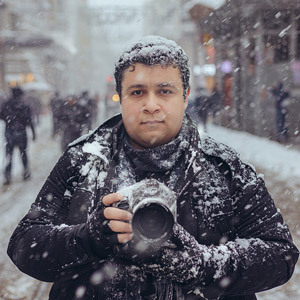